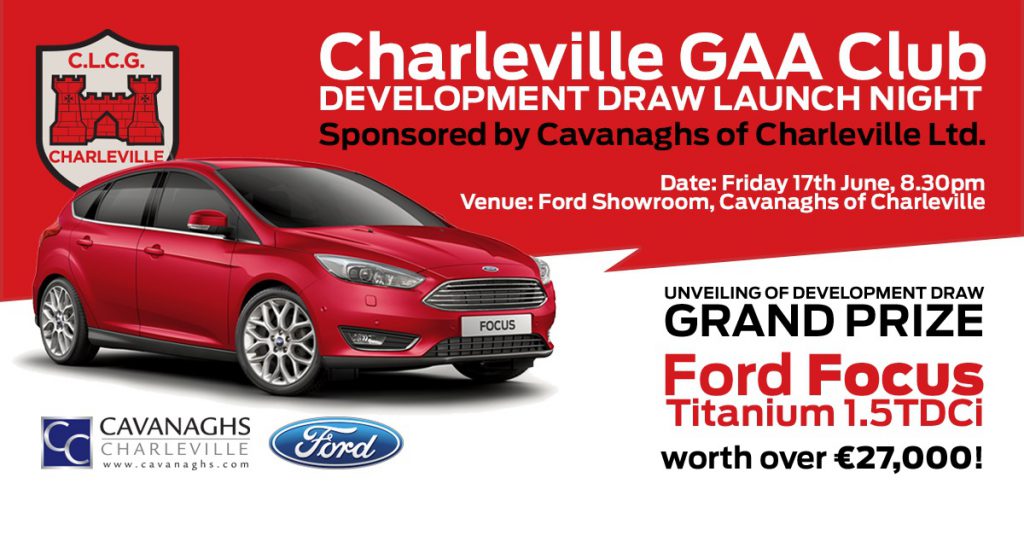 The club itself has also sponsored  a series of smaller prizes upto 10th place which will also form part of the prizedraw,  giving all entrants a very sporting chance of walking away with a valuable prize as well as helping the club itself to raise some essential  funding for future development.  The first tickets for the draw will go on sale on the night itself and one lucky person who purchases a ticket at the launch event  will be selected  to automaticaly go forward to the final prizedraw which will take place in December.

Hot food will be provided by local company Gourmet to Go.  Refreshments and entertainment will also be laid on and the club is looking forward to a large attendance.   Club members, players, trainers, officials and the people of the town are all invited to attend and there will also be a special presentation of a new team kit to the Intermediate Hurlers and Junior Footballers  on the night.